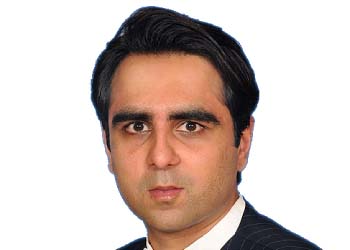 ​ISLAMABAD, 4 Octo. (NNI)The Federal Minister for Industries and Production, Makhdoom Syed Murtaza Mahmood has said that formulation of solar policy was the need of the hour in the wake of energy crisis. He asked the EDB to form a sustained policy within three months. He ensured the traders to sort out their issues on priority bases. Hurdles will be removed for local companies and urged the private sector to be competitive in the international market. The minister expressed these views while addressing a workshop on “Solar panel and allied equipment manufacturing policy,” here on Tuesday at a local hotel. The workshop was arranged by the Engineering Development Board (EDB) under the supervision of the ministry of Industries and Production (MoIP) in order to consult the shareholders, on the policy, who had attended the event from all over the country. The minister informed that the prime minister had already accorded an approval of a plan to generate 10,000 MW to overcome the crises of energy through solar. He said that at the national level there has been an assessment that Pakistan’s solar energy demand (off grid and on-grid) was around 4GW during 2022 which was likely to increase to around 6-7 GW in next two years. “With this demand, there was an urgent need to look for opportunities for promoting and incentivizing local manufacturing of solar panels and allied equipment,” he added. The minister noted that Pakistan had reserves of basic raw materials for producing solar wafers and could start the process of local production with assembly in the first phase, which could be done by rationalizing duties and taxes on solar panels imports. Thereafter, he said that a 5-year plan then needed to be put into place to further rationalize tax and tariff regime for providing a level playing field to the local manufacturers. The minister sured that the gradual approach would attract foreign and domestic investors to set up the solar panel assembly facilities, Solar cell manufacturing and Conversion plants for producing ingots from local poly silicon. “The same strategy needed to be applied for other indigenous production of allied products like solar inverters and batteries/storage systems,” he added. He suggested that alongside we needed to work to incentivize foreign investment to develop this industry in the form of technology tie ups and joint ventures with the countries which had a good technology base in this sector. He said that he had come to know that the Chinese giant companies were searching for establishing plants outside South Asia from where they could export these products globally. The minister believed that this could be a great opportunity provided Pakistan offered them timely an enabling environment at this point. He said the present government says offering certain incentives such as tax holidays, duty free import of input materials and plant and machinery to promote solarization in the country. He was sure that today’s discussions among the stakeholders would help our team at EDB and MOIP to shape up a policy document for developing solar panels and allied equipments manufacturing sector for submission to the government and this would be another success story like auto industry policy and mobile devices policy. “This Policy was expected to be dovetailed with the national solar energy policy being prepared by the Ministry of Power and the Renewable Energy Task Force under the leadership of the Prime Minister of Pakistan,” the minister added. Manufacturers, traders and installers participated in the workshop from all over the country and contributed their input in the formation of long term and sustained solar policy.NNI